The main role of veins is to ensure the return of blood towards the heart.

Sclerotherapy is aimed at reestablishing normal circulation by eliminating useless, deformed and dilated veins (reticular veins and varicose veins) that slow down or impede blood return.  There is no need to worry about a lack of veins after treatment: the eliminated veins were no longer playing their role anyway, and the blood has already found other circulatory pathways.

Furthermore, sclerotherapy only treats so-called superficial veins that are responsible for just 10 % of the venous return. It does not affect the deep veins that ensure 90% of the venous return and are essential for circulation, but are hard to repair. Vascular disease is a chronic condition. It is thus preferable to select an easy-to-repeat treatment such as sclerotherapy. 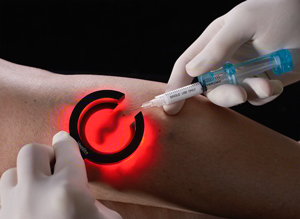 Injection of a sclerosing agent into a varicose vein alters the endothelium, resulting in obliteration of the vein and eventually fibrosis of the venous wall. This can be likened to injection of a “glue” inside the vein that causes it to close and progressively disappear.

In the past, sclerotherapy was difficult to perform and often painful. Today, vein locators such as transilluminators and AccuVein® facilitate the procedure which is now practically painless and can be performed on an outpatient basis in the doctor’s office. Complications are rare, the most frequent being the appearance of bruises (hematomas) after treatment.  Repeat sessions may be required.

In this new technique, a sclerosing foam (rather than a solution) is injected into the vein under ultrasound guidance.

The foam adheres to the venous wall, causing a more intense spasm than classical sclerosing agents. As the venous walls harden and collapse, the vein ceases to function.  Foam can be used to treat larger diameter veins. Treatment is performed as an outpatient procedure in the phlebologist’s office. Several sessions may be necessary. 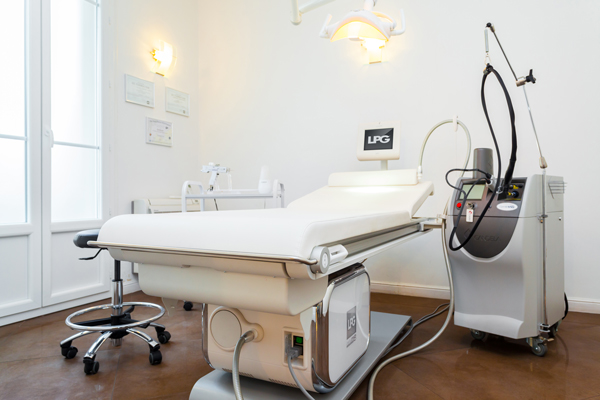 A useful complement to sclerotherapy, laser treatment is particularly indicated for veins that are unsuited for injections or are located in dangerous zones such as the ankles.

Severely dilated veins incompatible with sclerotherapy or ultrasound-guided foam sclerotherapy can be managed surgically (crossectomy-stripping) after preoperative vein mapping and marking. The procedure is done on an outpatient basis at a clinic or hospital. Other available techniques include radiofrequency occlusion and endovenous laser, both of which use heat to destroy the vein wall.

A single-use catheter containing a laser fiber or a radiofrequency catheter is inserted into the vein under ultrasound guidance in order to heat the desired length of vein. These techniques can also be performed as an outpatient procedure at a clinic or hospital.

Set up an appointment